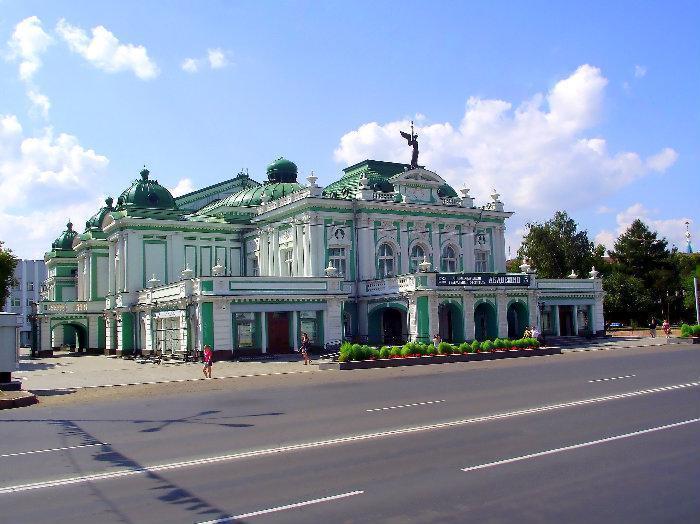 Omsk Academic Theatre of Drama is the oldest theatre of the city, established in 1874 on money contributed by the Omsk society by subscription. The building of the theatre, being a historical and architectural monument, was built in 1905 on funds appropriated by the Urban Duma. The project’s author is architect I.G.Hvorinov.

In 1991 there was opened a chamber stage named after Tatyana Ozhigova. From 2001 till 2004 there was a global restoration of the building, financed by the budget of Omsk region. The history of the theatre is closely connected with the history of the country. In the 20s of the 20th century the theatre was nationalized, in 30s many members of the group were subjected to repression for formalism. From 1941 till 1943 the company of the Moscow theatre named after E. Vahtangov, which was evacuated to Omsk, performed on the stage of Omsk Drama Theatre (Omsk actors performed 3 times a week, Moskow actors – 4 times a week) In 1962 Migdat Hanzharov became the director of the theatre , who defined the activity of the theatre for many years forward.

From 1983 the Theatre has been called “Academic Theatre of Drama”. 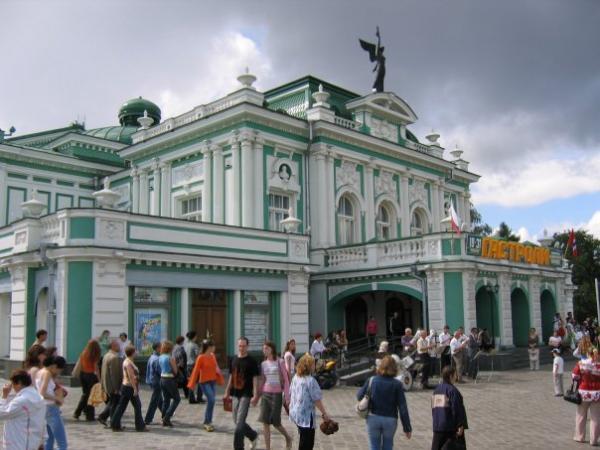 The theatre is the repeated participant and laureate of the National Theatre Festival “Golden Mask”:

– in 1997 with the play “ The woman in sands” by K.Abe. Awards: “Best stage-manager’s work”(stage manager Vladimir Petrov), “Best male performance”, (actor Mihail Okunev), “Best female performance”(actress Araki Kadzhuko). The eldest actress of the theatre, the national artist of Russia Elena Ivanovna Psareva was awarded with the premium “For Honor and Dignity”;

– in 2002 with the play “Invitation to execution” by V.Nabokov (stage-manager Oleg Ribkin) Awards: the performer of Tsitsilia’s role, Nataliya Vasiliadi, was awarded with the Juries’ Special Prize;

– in 2005 with the play “The King is dying” by E.Ionesko (stage-manager Vyacheslav Kokorin).

In 1999 the national artist of Russia Yuriy Itskov was awarded on the IX International Festival with the premium “For Best male Performance” for Tsenzor’s role in the play “Academy of Laugh” by K. Mitani (stage-manager Vladimir Petrov)

From October 2003 Honored Art Worker of Russia Evgeniy Marchelli is the senior stage manager of the Theatre.

The theatre productively collaborates with the Russian and Foreign stage-managers, choreographers and actors. There are about 20 names on the playbills of the theatre, which includes The Main Stage and The Chamber Stage named after Tatyana Ozhegova. These are staging on the plays both of the Russian and foreign authors of classical and modern repertoire.